HUNDREDS OF YEARS AGO, when the early books were printed, initial letters were used to decorate the page. They signaled the beginning of a paragraph or page of text, usually in a very grand way. These decorative initial letters were engraved in wood and called woodcuts.

Woodcuts were used extensively in book decoration for title pages, initial letters, and illustrations during the 15th and 16th centuries. The artist would draw the design onto the block of wood backward and in relief. The engraver would work at cutting the design, usually without magnification and very often on a piece of wood the size of a postage stamp. Ink would be applied and the woodcut was pressed, hammered or stamped onto the paper. This was done after the page had been printed but in later years the woodcut was incorporated into the line of type and printed with the page. 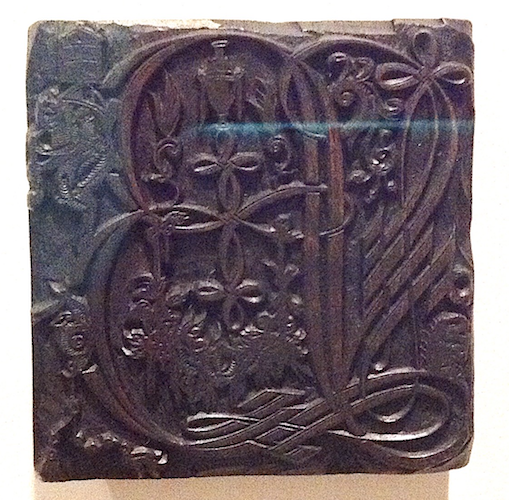 The above woodcut was designed by Geoffroy Ballain and cut by Anton Van Leest around 1568.  The photo was taken at the Plantin- Moretus Museum in Antwerp. 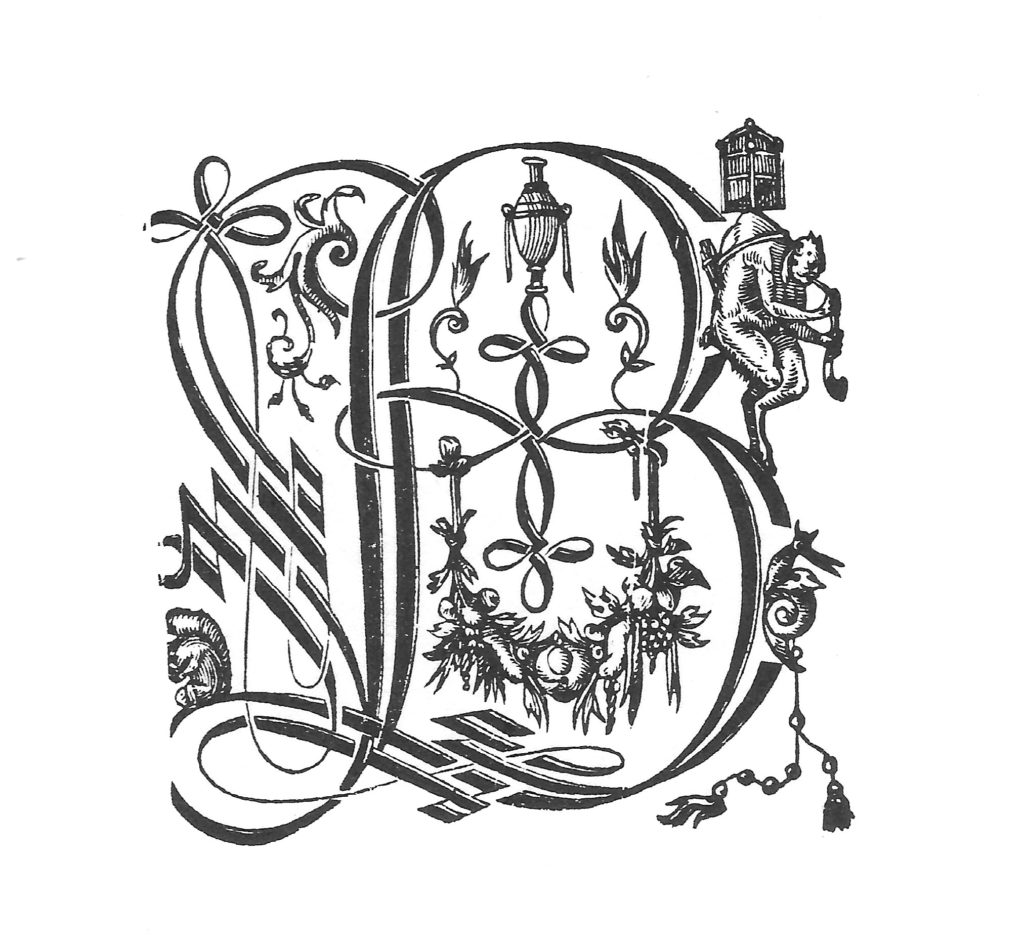 How the woodcut looks when inked and printed on paper.

The artist and the engraver worked separately but in some cases, they designed and engraved their own work. Jost Amman was a very prolific and skilled artist who both designed and “cut” his own woodblocks. 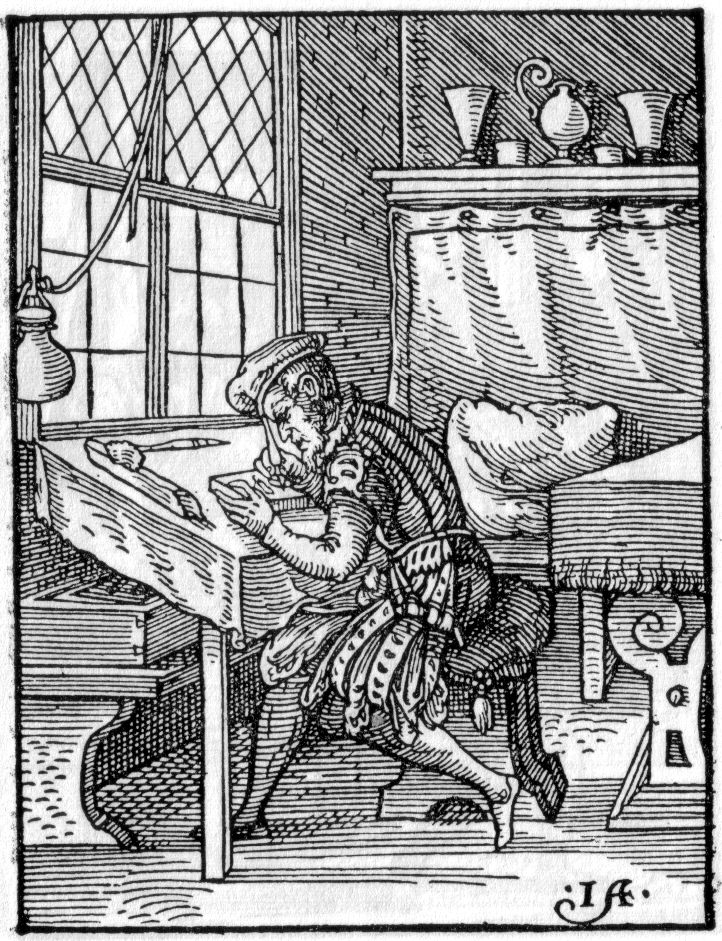 Swiss-German engraver Jost Amma (1539-1591) showing the woodcutter at work. Photo is in the public domain by Wikimedia Commons.

The printers often hired artists and engravers to work exclusively in their print shops. Depending on the city, a printer was required to hire workers from the local artisan guilds or face being fined.

The printers used their initial letters repeatedly, very often in the same book as well as in other books they were printing. It was also not unusual for the same letter to show up in a book published by other printers. The initial letters were shared between printers in a particular city and sometimes within a whole region. The sharing of resources was necessary to get by in the printing trade.

After the year 1580 copper engraving began to take the place of the woodcut.