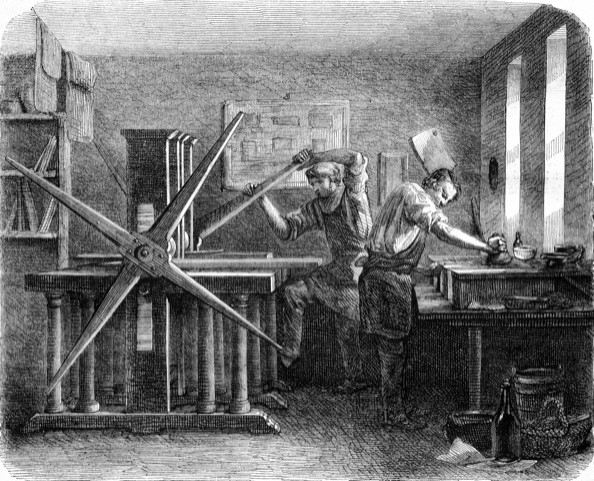 THE WOODCUT INITIAL LETTER was used to decorate the pages of rare books published in the late 15th to mid-16th centuries. Sometimes they related to the subject matter, but not always as the printers would re-use their woodblocks.

Initial letters depict a variety of subject matter from animals, religion, flowers, people, places and mythology. The following terms are used to describe an initial letter depending on its contents.

1. INHABITED: A letter that contains human, mythical beings or animal figures that are only decorative.

2. HISTORIATED: A letter that contains an identifiable figure or narrative scene that illustrates the text. 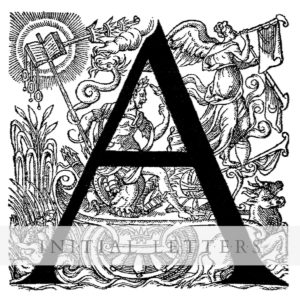 3. ANTHROPOMORPHIC: A letter composed wholly or partly of the human figure. 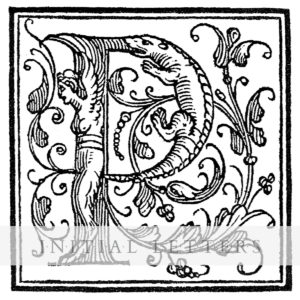 4. ZOOMORPHIC: An initial partly or wholly composed of human and animal forms. For example, a human body could be surmounted by the head of a symbolic animal. 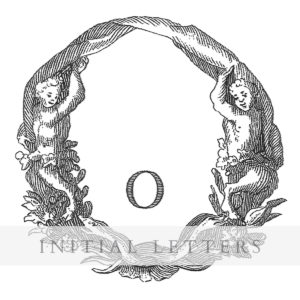 5. ORNAMENTAL: A letter that contains decoration that is nonrepresentational. 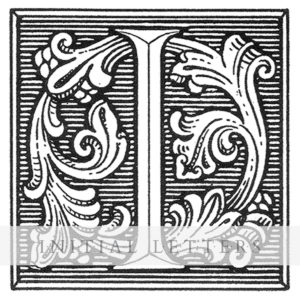 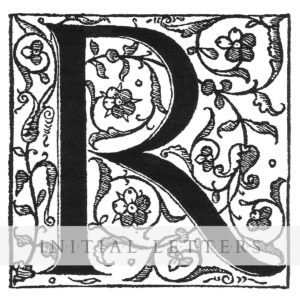 7. CRIBLEE: A letter that has a dot pattern in the background. 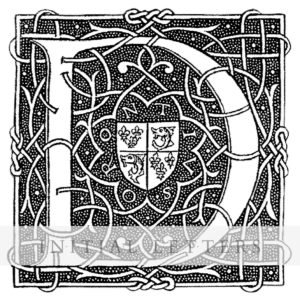 Decorative initial letters were often the main attraction of a book but the artists remained largely unknown. Many of them didn’t sign their work making it difficult at best to determine who did it. Along with the authors, printers took all the credit for the books they produced.

There is a richness of calligraphic material burried in these rare books and I hope to resurrect some of it from a forgotten past. In future blogs, I will be honoring the artists, printers and engravers who worked in the book trade-hundreds of years ago.